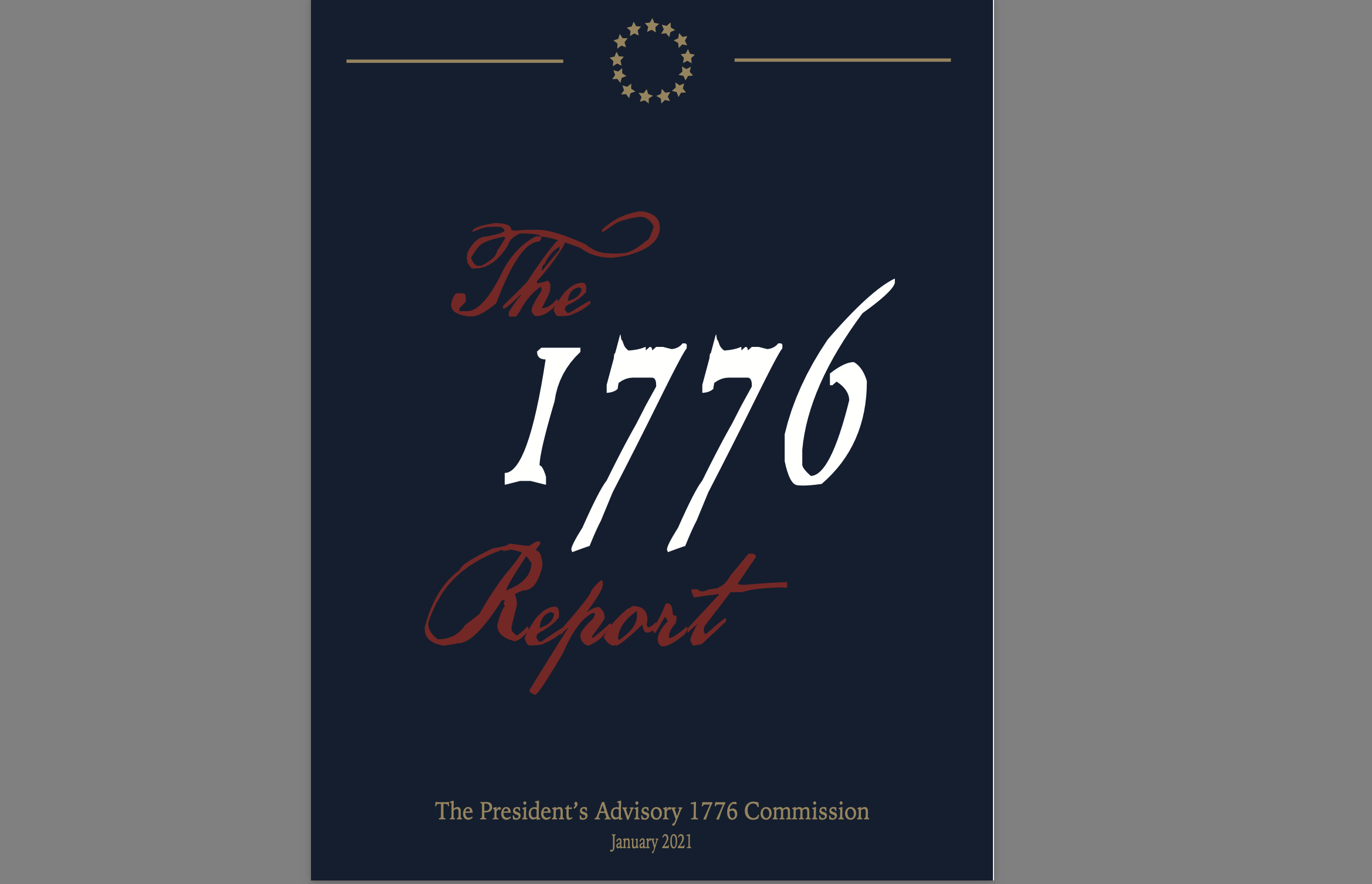 Last summer President Trump ordered a study on American education to report on the “reckless ‘re-education’” attempts that seek to reframe American history. He called current education racist when it sought to reframe founding fathers as slave owners.

That report came out on Monday and it reads like a love letter to the Founding Fathers for throwing off religious oppression, setting up three separate branches of government for checks and balances, and keeping the right to keep and bear arms.

But about the fact that they were slave owners, yeah, they were “imperfect human beings,” says the report, who owned slaves, sure, but were at least conflicted about it. This fact should not taint their achievements or their memories, declares the report, and all education should have “an essential purpose…to encourage citizens to embrace and cultivate love of country.”

The report further says that the foundation of our Republic “planted the seeds of the death of slavery in America.” In fact, it says, that the “movement to abolish slavery that first began in the United States led the way in bringing about the end of legal slavery.”

This is not true.

It is dangerous to immortalize people without context. And it is dangerous and unfair to only tell one side of a history. Modern history books do not seek to turn citizens against these people – only to understand the consequences of who they were and the lasting effects of their power.

This report concerned us enough to speak to the principal at our children’s school who reassured us that this was no more than a political move. No actual policy will come of it. It can’t. Education decisions are made at the state level. But it is still rhetoric that will embolden people to negate the actual consequences of history and it was done for the optics of President Trump’s legacy.

In contemplation of this report, we assert that it is misguided and that nationalism itself is short-sided. We are facing a global climate crisis and a global pandemic. American pride will only hinder our ability to succeed against these challenges. We offer this alternative from the Dalai Lama’s recent book, “Our Only Home: A Climate Appeal to the World.”

When the president says, ‘America first,’ he makes his voters happy. I can understand that. But from a global point of view this statement is not relevant. In today’s global world, everything is interconnected. America’s future also depends on Europe and Europe’s future also on Asian countries. The new reality means that everything is related to everything. The USA is the leading nation of the free world. That’s why the US president should think more about global-level issues.